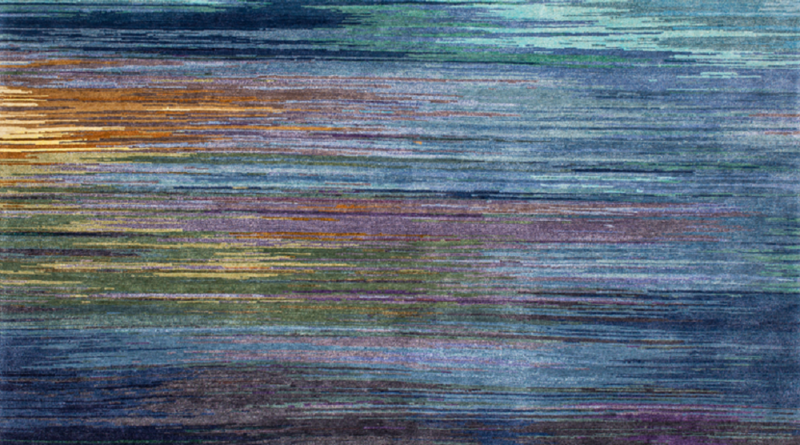 I love art, even if my walls at home do not have any art on it. They are large surfaces and are artistic in themselves. My inner self hates objects on the wall,… yet I love art.

As a designer, I put wallpaper on the wall or paint a colour. It has to stand on its own, the wallpaper or the colour is the art. I could spend many more words and sentences on this, but to get to my point: nowadays art is on the floor, on the ground.

The carpet: a work of art in itself

Obviously, I am talking about carpets, which are becoming increasingly popular. They adorn our living rooms, feel soft and warm, look colourful and artful and are simply beautiful and stunning objects. I am not talking about the classic rectangular rug, that piece of cloth on the floor that we have been sliding under our tables for years. Today, a carpet is a work of art in itself, it is an object we cherish and it forms a true painting under our feet.

If you go back in time, you can see how the Persians and the nomads wove carpets to protect them from nature, sandstorms and other natural forces. Carpets were typical for nomads, who in the first place needed to be able to move their tents easily to another fertile place.

The crusades of the 11th century brought the carpet to Europe. From then on, this carpet was also considered an art object without a functional purpose, people hung the fabrics on the walls. And as with other works of art, rich art lovers were prepared to pay a lot of money for them. It was a profitable business at the time, which is why the French monarch Henry IV decided to open a tapestry factory in his palace at the Louvre because he no longer wanted the French to buy expensive tapestries from abroad. The man preferred carpet lovers to spend their money in France itself. However, the carpets woven in this factory were never sold to the French public. Henry IV found the French Oriental carpets so beautiful that he wanted to keep them for himself.

Henry’s successor Louis XIII wanted to produce the Oriental carpet technique in Europe himself, so he set up a carpet factory in Paris in a former soap factory. It became known as the ‘Savonneries’, where the first carpets were woven with European design. These French carpets were offered for sale, but never became as popular as the Oriental carpets.

From luxury to mass product

Until the mid-18th century, carpets were a luxury product and were mainly used to adorn tables and walls. After all, they were too valuable to simply lay on the floor. But in the 19th century, weaving machines made their appearance and carpets became a mass product that no longer hung on walls, but were often used as rugs.

As is so often the case, the saying ‘l’histoire se répète’ applies. By which I mean that it is abundantly clear that the carpet has once again become an artistic object, as an ornamental item in the living room. We see numerous examples of this. The Milanese CC-Tapis, for example, is currently a trendsetter with its hand-tufted carpets. CC-Tapis presents real works of art and is not afraid to ‘colour outside the lines’. These carpets no longer have a rectangular shape, but often follow the design. They are created by big design names, such as the Italian duo FormaFantasma and Studiopepe, the Spanish Patricia Urquiola and numerous other Asian designers. The Belgian company Muller-Van Severen has also developed a fine collection.

Another very interesting rug producer is Rug Star, based in Berlin. Rug Star is run by Jurgen Dahlmanns, who, in barely 18 years’ time, has developed a one-man business into a major name, with showrooms all over Europe. Rug Star is best known for its bespoke rugs. Since it was founded in 2002, the company has developed more than 1,400 contemporary rug designs, all of which are customisable on request.

“My rugs must bring freshness and soul to every interior. The carpet is the only item in the interior that can create a room within a room without building walls”, says Dahlmanns, who adds that for him ‘a carpet is the most liberal form of architecture’. One thing is certain: Rug Star’s products are modern paintings, sometimes with intense colours and abstract lines.

The architectural dimension of a carpet is very high. With a carpet, you can divide modern architecture between the walking area and a rest area. And since a rug is a textile object, this resting area is very intimate. A rug with a table creates a dining room, a rug with a sofa or an armchair creates a living room, it’s as simple as that.

Another approach can be seen in the carpets by Moooi, the brainchild of Dutch designer Marcel Wanders. The carpets by Moooi are blank textiles on which a design is printed. They do not depend on the small limitations of a hand-tufted carpet, but can conjure up any complicated design and colour through certain photo and printing techniques.

A large number of well-known designers, including Ross Lovegrove, Patricia Guild, Studio Job and Front Studio, were able to express their ideas on the blank textile. The great thing about this concept is that you can have any design, chosen from the large Moooi library, printed in any shape and size up to four metres wide, with a choice of 648 available colours.

The trendsetters are no longer alone, meanwhile hand-tufted carpet companies have mushroomed. The Rug Company, Jaipur, Battilossi, Designer Rugs, Christopher Farr, Knots Rugs and many other studios have brought beautiful and colourful collections to the market.

Which brings me to another big name: the German Jan Kath, with showrooms on all continents. Kath combines classic carpet techniques and modern hand tuft. Inspired by his numerous trips to bustling cities and by not getting involved with his native Ruhr area with its archaic industrial culture, Jan Kath quickly developed his very own distinctive signature.

Where is carpet design going these days? If you ask me, it is clear that we have moved in the direction of abstraction. We go from very simple to very powerful and spontaneous lines and colours, in all kinds of shapes and optical effects. The carpet nowadays is true textile art and it would not surprise me if it were to adorn our walls once again. 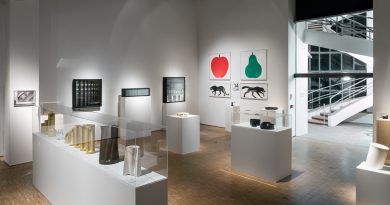 On Tuesday 18 May, Design Museum Ghent won one of the prestigious Global Fine Art Awards in Paris. The exhibition Kleureyck won the award in the category “Best Design”. Kleureyck. Van Eyck’s colours in design ran until March 2021 in Design Museum Ghent and attracted 46,499 visitors. With 100 design 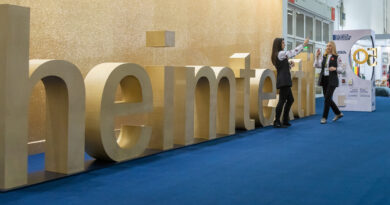 Heimtextil will be held in June as a one-time Summer Special with 800 announced exhibitors and a high level of international participation from 47 countries.